Skip to content
Our Mission History The Team Land Acknowledgement 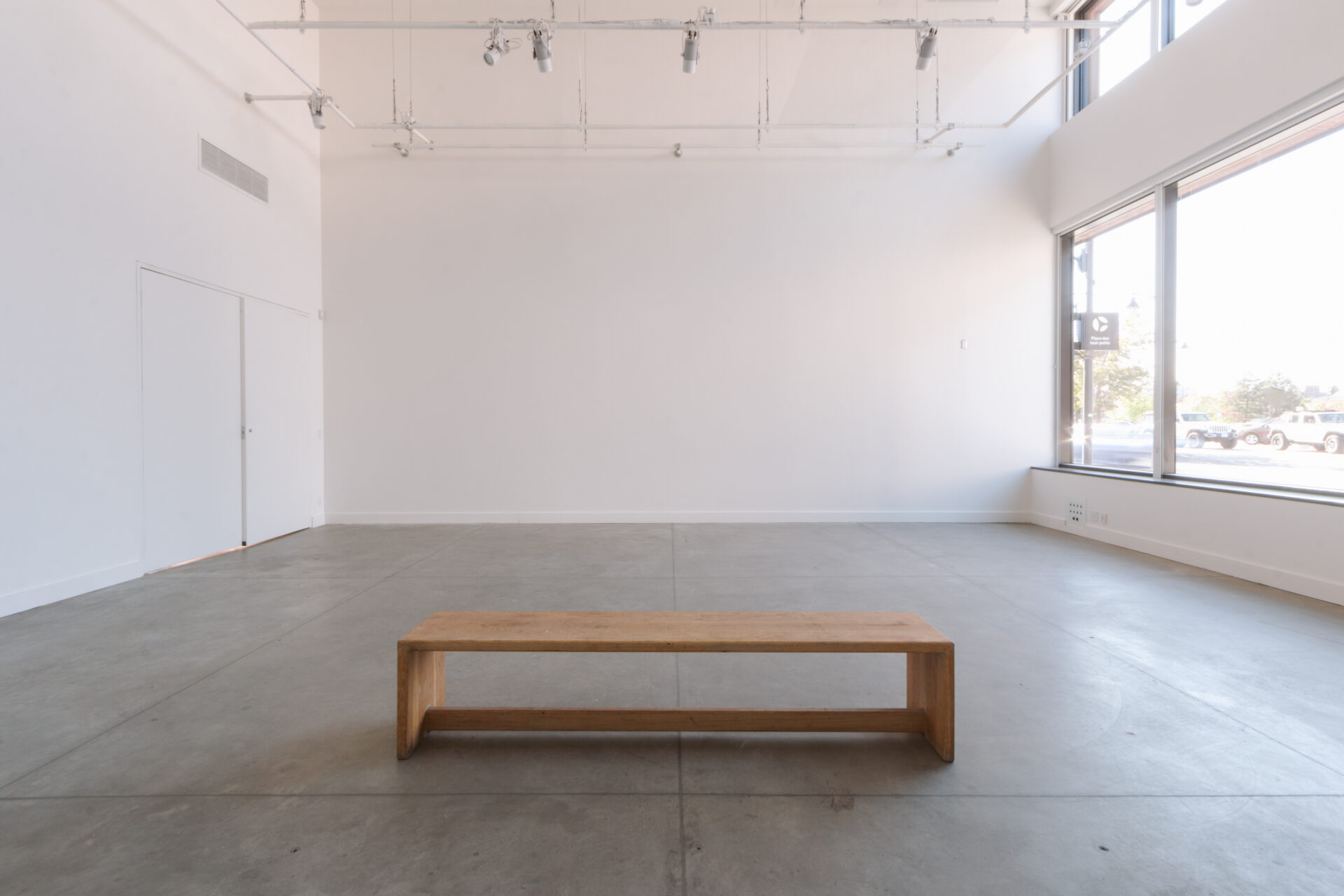 The Galerie du Nouvel-Ontario (GNO) embodies a vision that’s open to all practices in contemporary art, with a particular interest in site-specific creation, installation art, and performance. The GNO encourages and supports artists engaged in a creative process that welcomes risk.

Through its innovative and collaborative projects, the GNO encourages interaction and dialogue between artists and with the public. Aware of its geographic location, the GNO favours projects where different ideas, languages, and cultures can come together.

A collective of Northern Ontario artists determined to outfit their community with a contemporary arts organization created the Galerie du Nouvel-Ontario (GNO) in 1995. The GNO was Ontario’s first francophone artist-run centre. With an eye towards outreach and promotion, the GNO’ s first efforts were focused on bringing professional artists together around new creative projects. Rooted in Sudbury, where the centre has had a downtown exhibition space since 1996, the GNO has a yearly program of contemporary art exhibitions and coordinates a number of visual art events that bring together larger groups of artists. 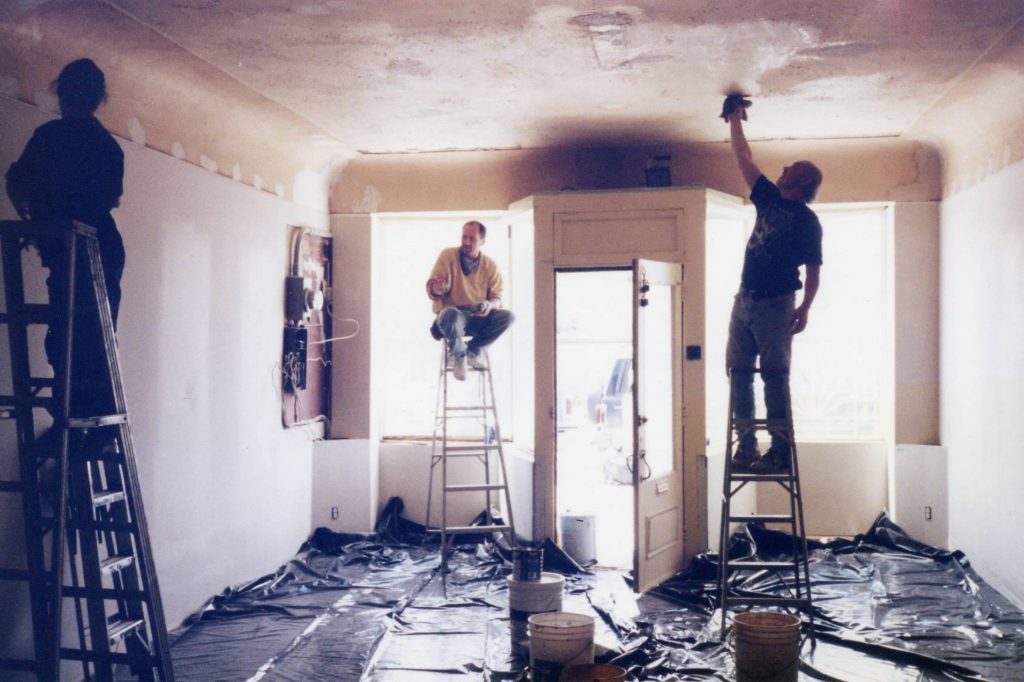 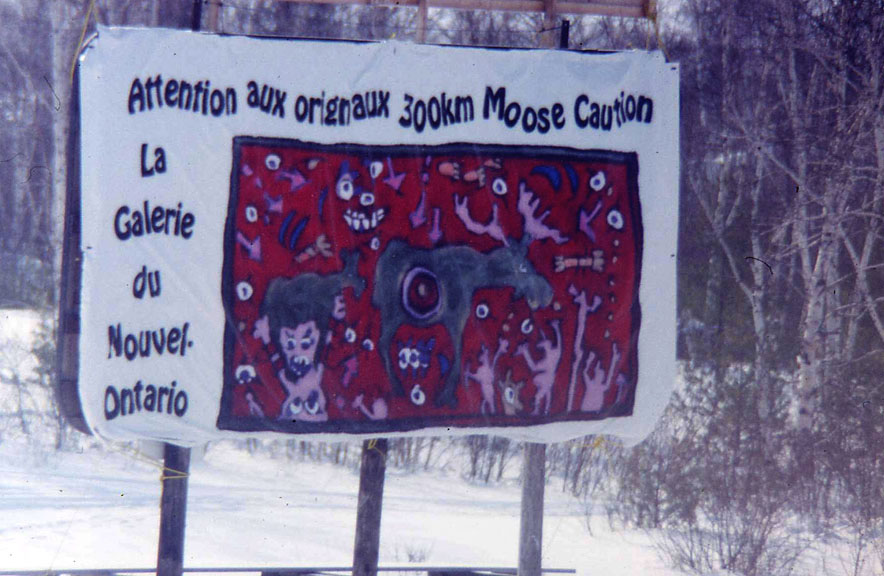 While putting together yearly programs of visual art exhibitions in its gallery space (approximately 7 exhibitions per year), the GNO also has a tradition of organizing events in non-traditional spaces. At the very beginning, the GNO commissioned the creation of large, permanent installation pieces at the northern and southern city limits: Le chien qui voit tout by Sudbury artist Mary Green (visible from Hwy. 69) and Élémental by Kapuskasing artist Normand Fortin (at the Collège Boréal campus). Aside from these foundational projects, the GNO regularly engages with the community by taking contemporary art outside the gallery walls and creating unexpected encounters with art happenings for members of the community. 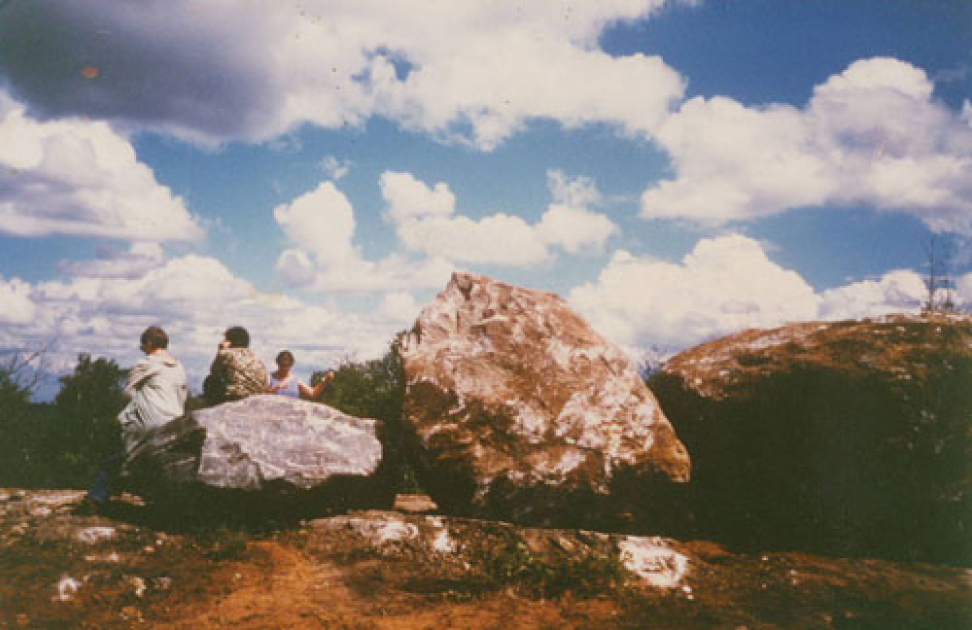 Over the years, the GNO came to organize larger projects of provincial and national scope by collaborating with other artist-run centres from across the country. In the early 2000’s, the GNO coordinated the residency projects L’Échangeur 1 and 2, with the collaboration of artist-run centres from Ontario, New Brunswick and Québec. In 2007, the GNO and FADO Performance (Toronto) coordinated a residency project together, Territoires de la langue, which led to a publication.

In 2008, the GNO held the firs Fair of Alternative Art in Sudbury (FAAS). The project brought over 20 visual artists to Sudbury. Each artist created an art installation in the rooms over the Townehouse tavern. An immediate success, the FAAS became a biannual event organized by the GNO with the collaboration of other artist-run centres. Over the years, the FAAS has been held in different public spaces in downtown Sudbury: the Townehouse tavern (2008), the Via Rail train station (2010), Market Square (2012), the Rainbow Centre shopping mall (2014), and the Saint-Louis-de-Gonzague elementary school (2018). 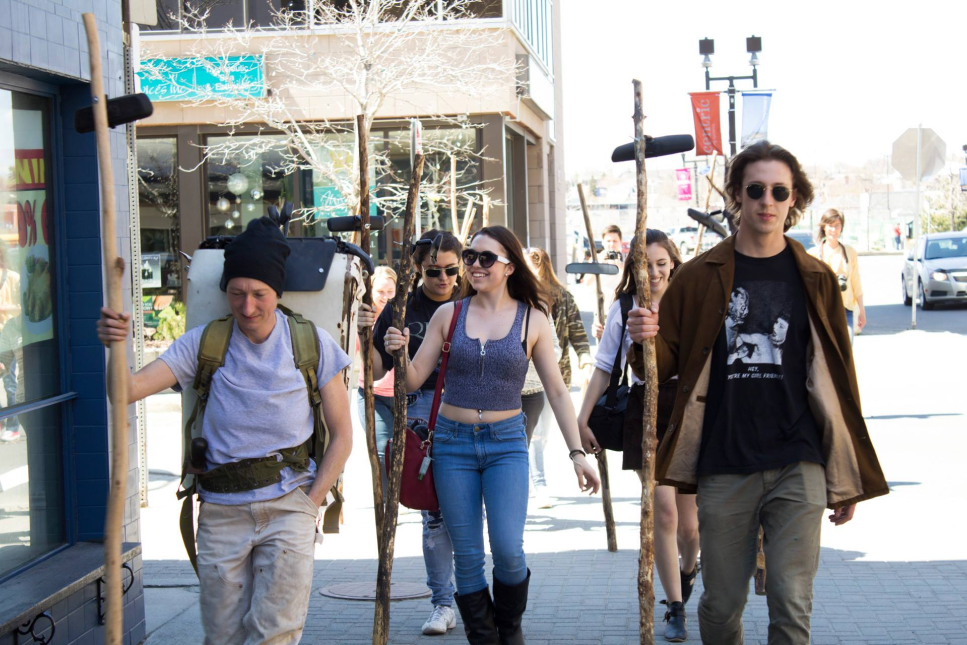 In 2022, the year of its official move to the Place des Arts, the GNO has renewed its commitment to contemporary art by refreshing the statement of its artistic vision. Taking into account the many projects that have defined the organization since its start, the GNO has formalized its commitment to exhibitions elements of research and on-site creation. The GNO also highlights its “ex-centric” location, in Sudbury, as one of its major strengths. 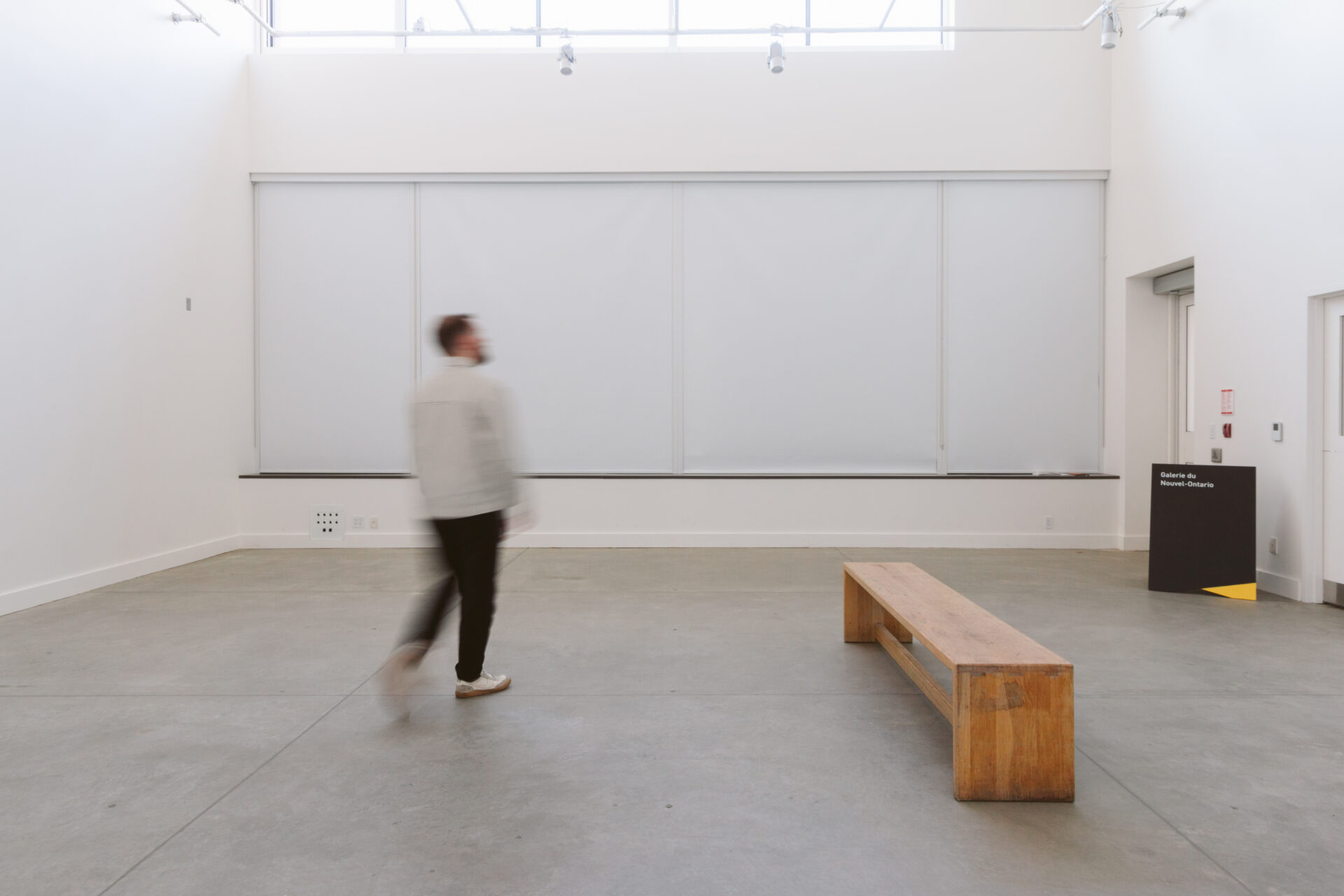 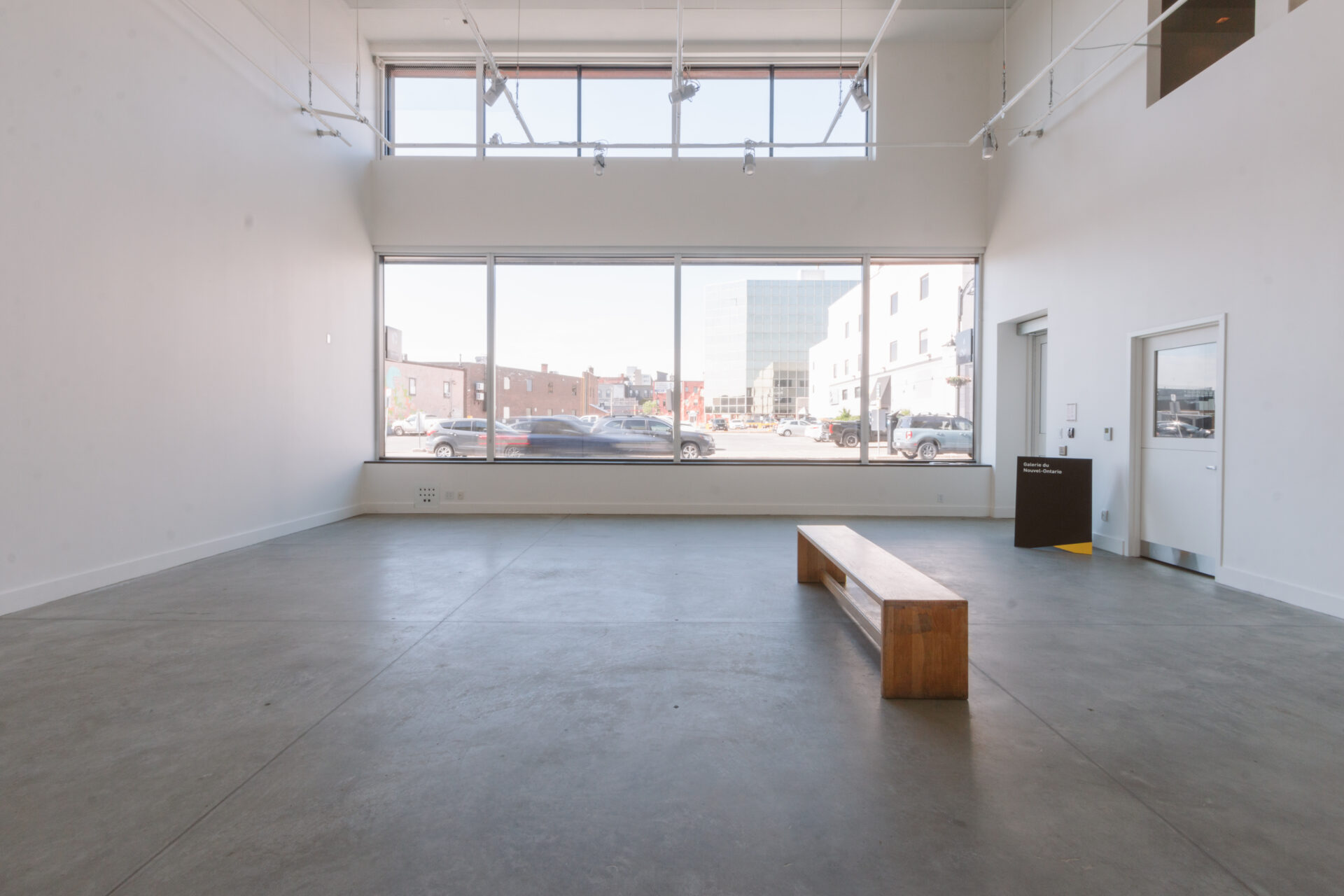 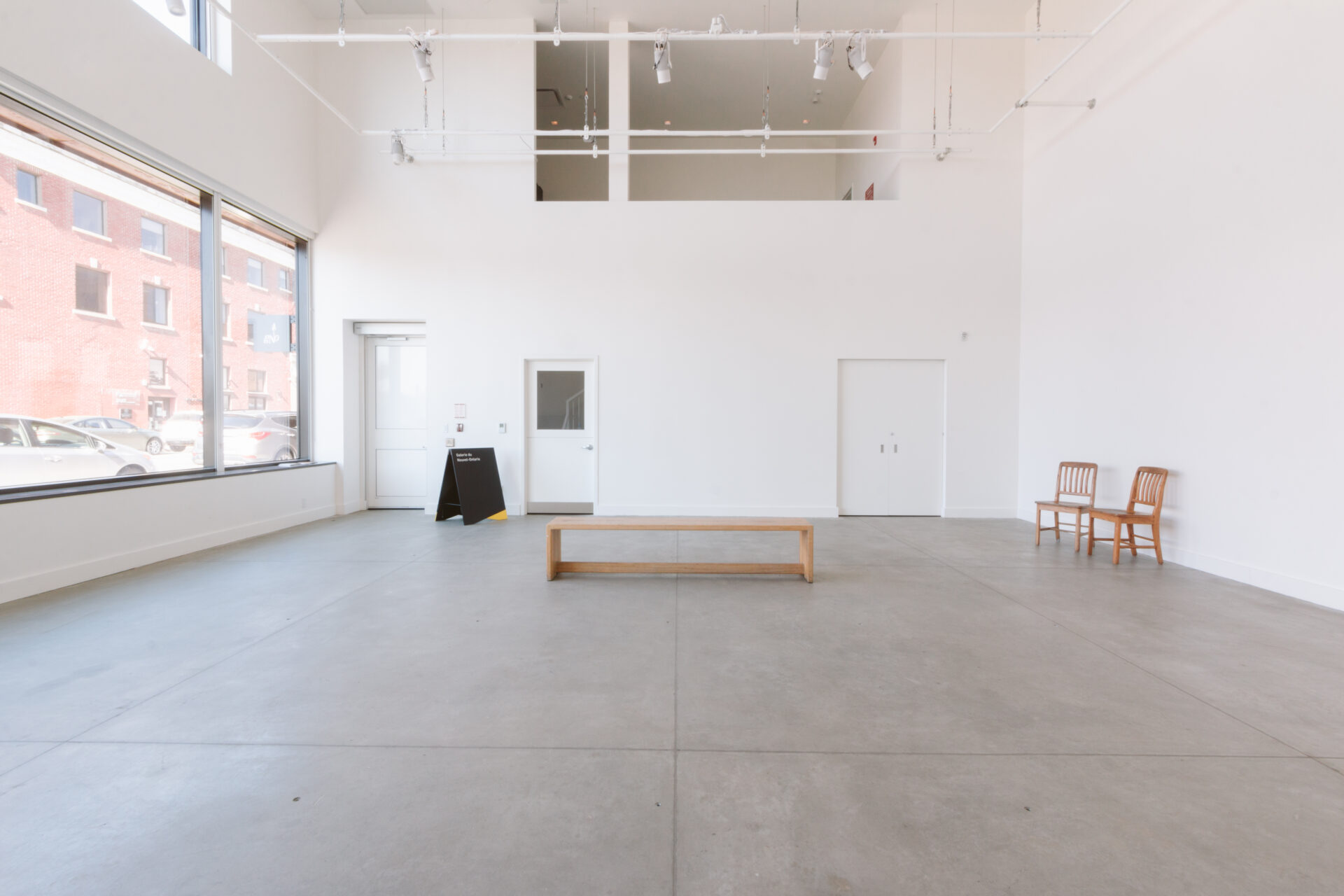 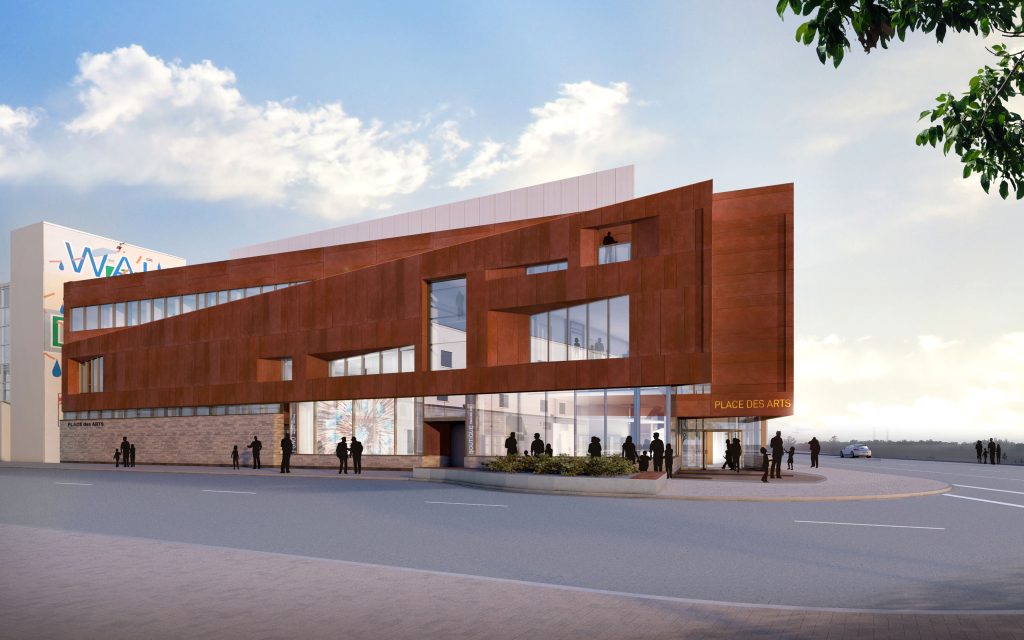 The GNO is proud to be one of the seven founding members of the Greater Sudbury’s Place des Arts.

Adjunct to the Director

The Galerie du Nouvel-Ontario (GNO) is grateful for the space where it resides, on the ancestral lands and traditional territory of the Atikameksheng Anishnawbek. The City of Greater Sudbury, located on this Anishinaabek territory known as N’Swakamok, “where the three roadways/waterways meet”. This region also includes the traditional lands of the Anishinaabek of Wahnapitae First Nation.

As an arts organization founded by a community whose ancestors were descendants of settlers/colonizers, it is important for us to stress that the activities of the GNO primarily take place on these traditional lands included in the Robinson-Huron Treaty.

This agreement between the Crown and the Anishinaabek Chiefs living on the north shore of Lakes Huron and Superior — then known as the Northern Ojibways — led to the establishment of colonies in Upper Canada and, later, to the destructive exploitation of natural resources over vast areas. Like many other agreements with settlers, this treaty has been neglected and repeatedly violated by the Crown since it was signed in 1850. The sovereignty of the Anishinaabek, the guardians who watch over the lands and waters of the region — as well as their virtue to hunt and fish within their own territory — was largely compromised. Later, great violence continued to transfigure the landscape — in particular, the domestication and burial of a section of Junction Creek through the core of the city’s downtown in the 1960s, a waterway of crucial importance to the movements of the region’s Indigenous peoples. This stream still flows under N’Swakamok, a reminder of the liveliness of this place. We recognize that this troubling shared history still reflects the colonial violence that continues to this day.

The GNO considers essential the artistic practices and discourses which provoke in-depth reflections of our shared histories and on our responsibilities towards the territory, and its past and contemporary Anishinaabek guardians. Having worked in collaboration with a growing number of Indigenous artists over the past 10 years, the GNO is committed to redoubling its efforts in continuing to promote members of Indigenous communities through its exhibitions and programming.

We encourage everyone to honour the Anishinaabek territory of N’Swakamok, its lakes and rivers, its fauna and flora, and its current Indigenous inhabitants, in order to ensure its sustainability for the generations to come. This is where we live, exchange, and create; together, let’s reflect on the importance of this place. At times it may become uncomfortable; this reflects the TRC and our growing together as a community. This Land Acknowledgement is intended to be inclusive, reflective, and evolving; we hope that with each recitation it will gain new meanings and new resonances.

Finally, we invite members of our entourage — immediate and distant — to self-critically examine our own roles in the long and enmeshed history that this landscape has witnessed, with a view to establishing future relationships and collaborations that will be lasting and based on mutual benevolence. In solidarity with Indigenous communities against the forces of colonialism and systemic racism, we also want this recognition of the land to act as a call to action.

The following is a non-exhaustive list of educational resources and support funds intended for causes affecting Indigenous communities: