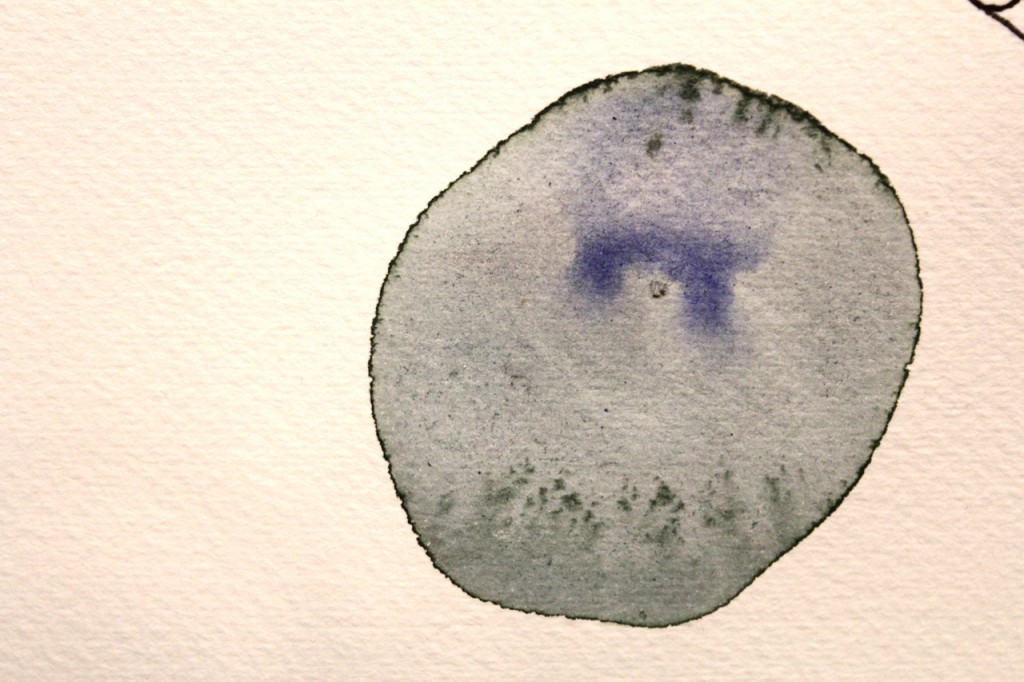 Ron Loranger’s world is mainly populated by blobettes: generally ovoid forms that float up, bounce around, and interact with line drawings of objects plucked from the various news and social media feeds the artist consults on his phone. And so the blobettes rub up against a variety of seemingly random things such as underwear, the old TVOntario logo, or solitary words ripped from their original contexts. While the blobettes are veritable pools of colour, their surroundings are rendered in black and white. It would seem perfectly normal to see them peel themselves off the paper and float up to the cosmos like the giant amoebas or tiny planets they resemble. 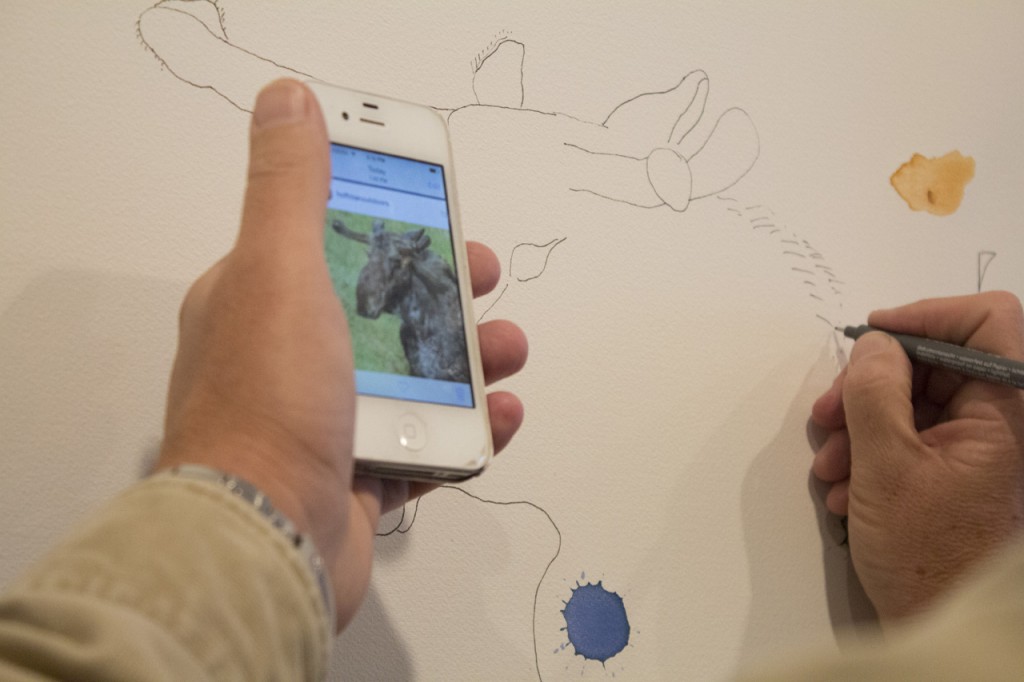 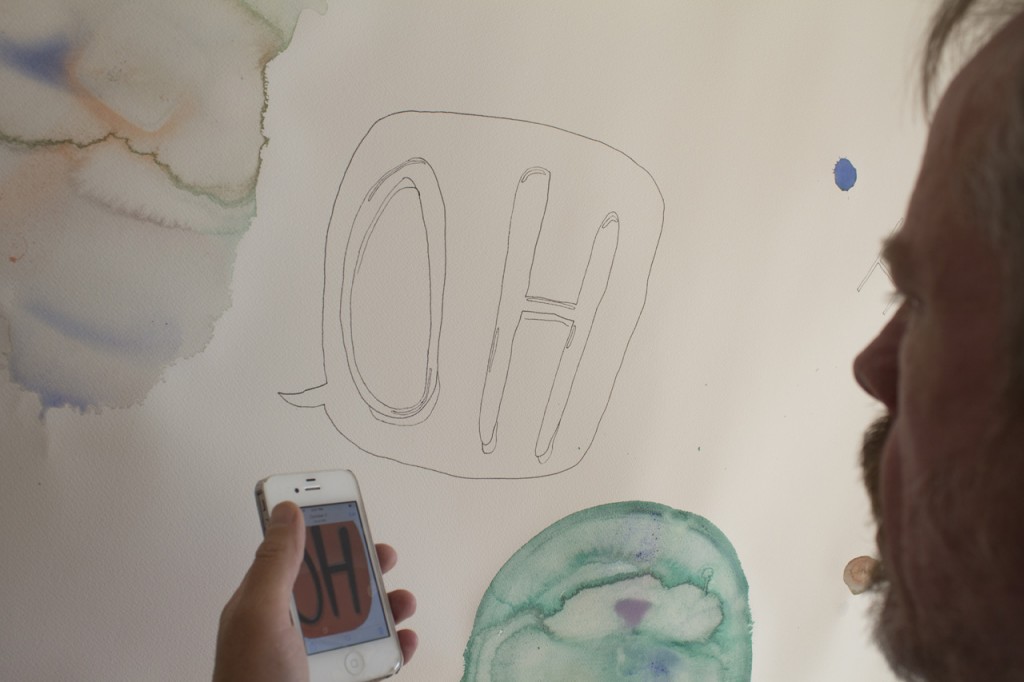 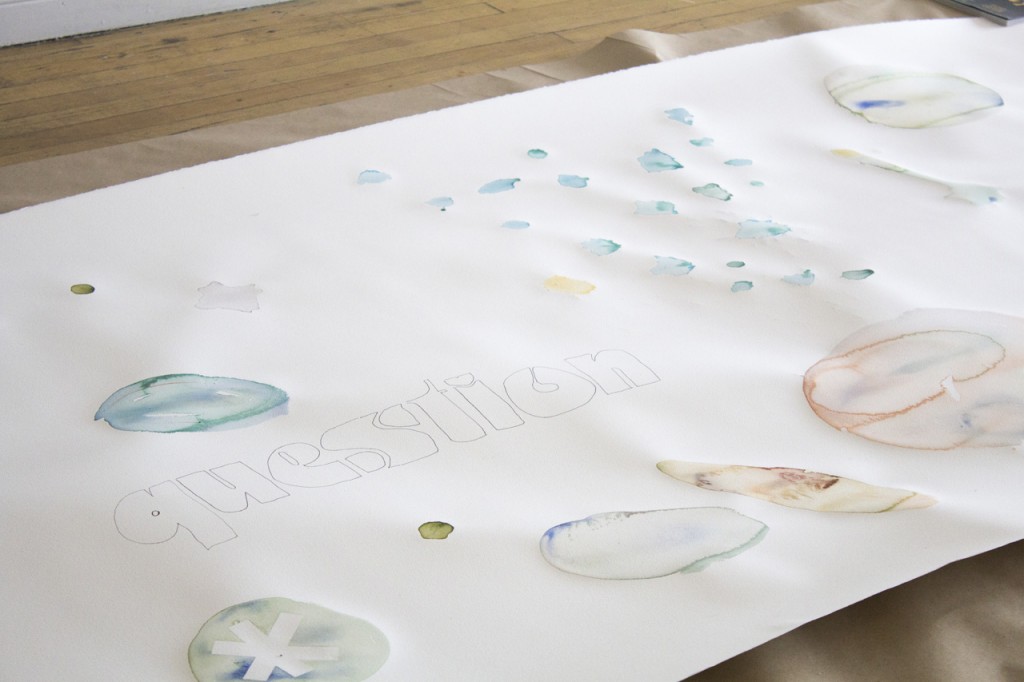 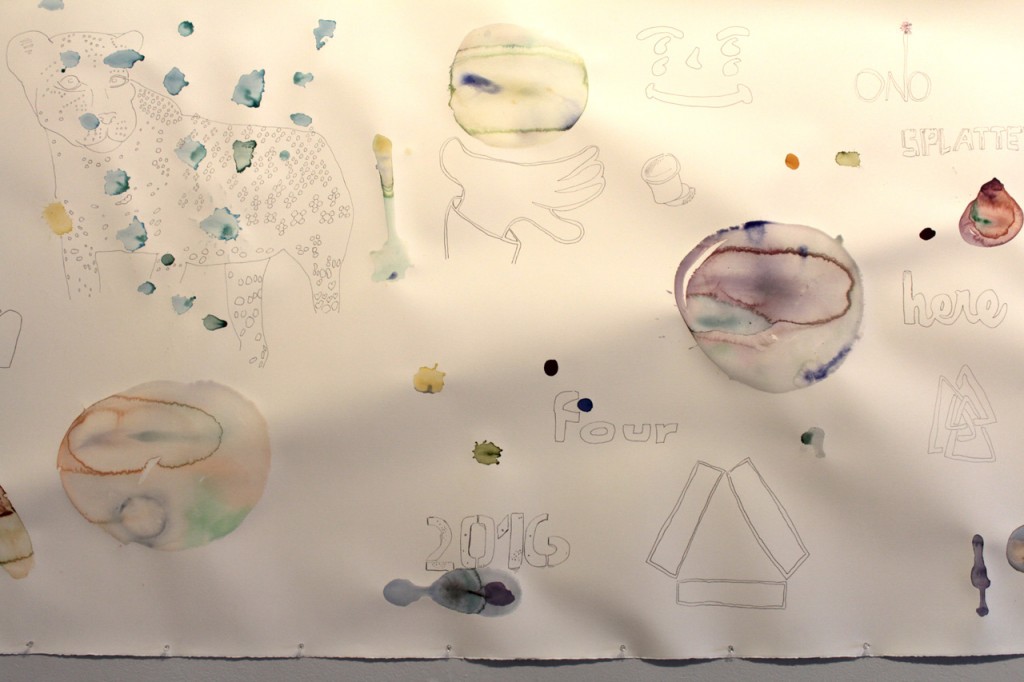 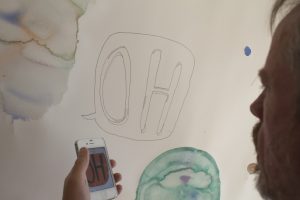 The Translucent Poetry of the BLOBETTES

Originally from Kapuskasing, Ron Loranger is a queer Franco-Ontarian visual artist based in Toronto. His practice, usually entitled “Blobettes”, involves watercolour and India ink on Arches paper, but also takes the shape of painted installations in urban settings. Loranger is very much involved in the world of artist-run centres: indeed, he has been part of several boards and committees, such as BRAVO, Galerie du Nouvel-Ontario and Le Labo. His professional experience includes exhibits in private galleries in Toronto, New York City and Berlin, and in public galleries, such as Kapuskasing’s Galerie Paquin, the Sudbury Art Gallery and the Glendon York University Gallery, as well with the GNO with Blobettes in 2015. He also took part in the Biennial of Textile Art in San Jose (Costa Rica) and the FAAS. His works are part of private collections throughout North America and Europe.